unfortunately there will not be PH in 2021

We are working on bringing PH back for 2022!

The Pond Hockey event is an important annual SAHA fundraiser.  All net proceeds are dedicated to help keep youth player rates affordable.  Pond Hockey is also an important community event to promote the City of Superior and the surrounding Twin Ports area.

Pond Hockey is an adult hockey tournament where teams from all over North America come and play outside on the western end of Lake Superior at the end of January. 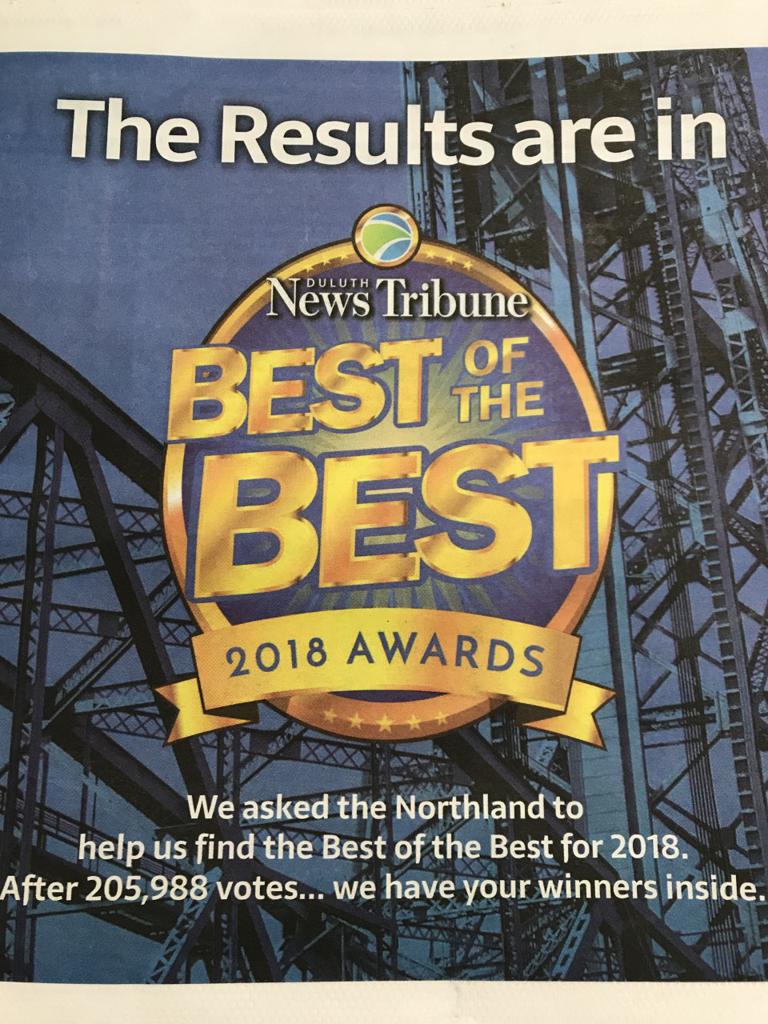 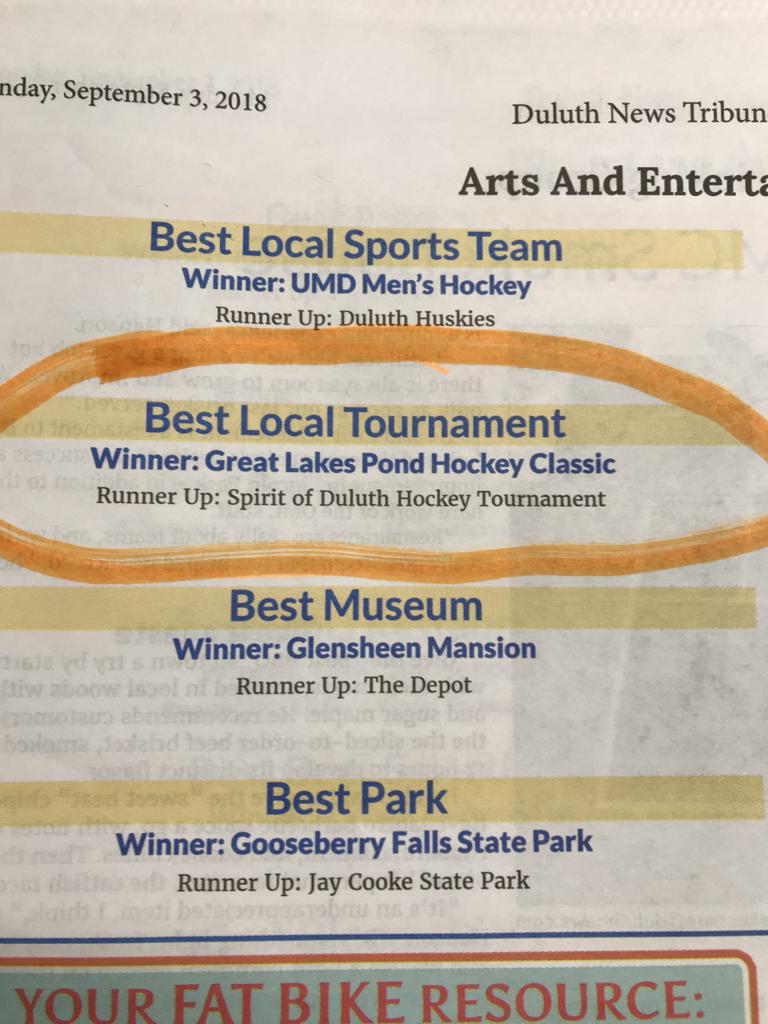 Friday Night, Under The Lights! 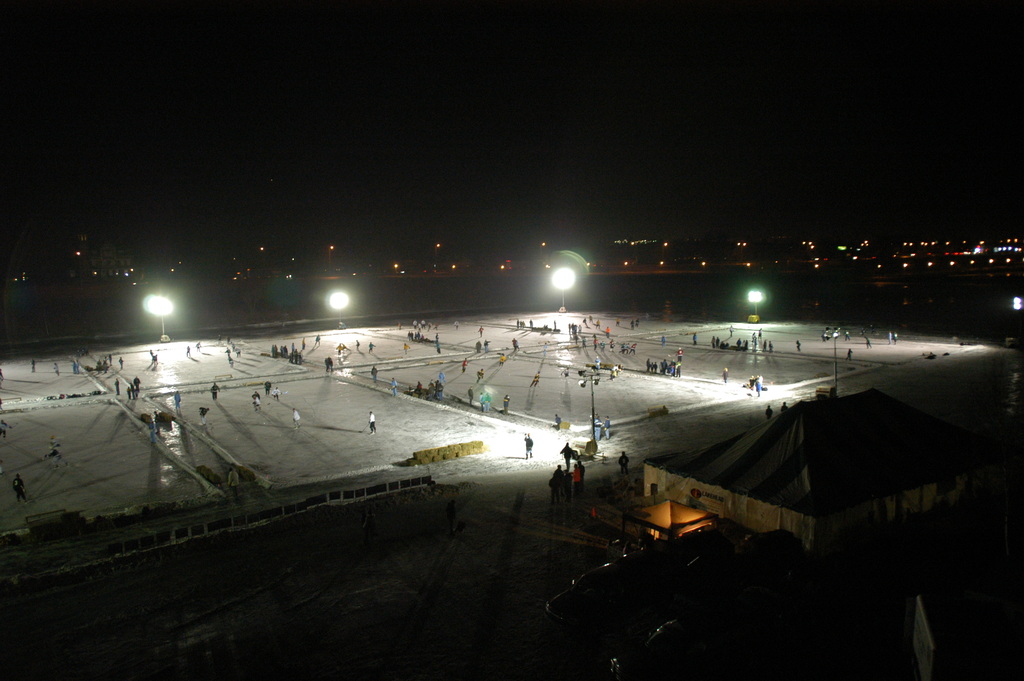 As Mike McCoshen gazes out at the hockey rinks near Barker’s Island today and waits for pond hockey competitors to arrive, the moment will be bitter-sweet. For five years, that brief period of rest was always shared with Dave Holcombe.

“I will miss the Friday afternoon cigar we would enjoy together after everything was set up and before the teams started arriving,” McCoshen said.

This year, Holcombe will be at the pond hockey games in memory only. He was killed in a snowmobile accident in March of 2009 at the age of 51.

“He’s really missed,” said Pat Golat, president of the Superior Amateur Hockey Association (SAHA). “I think of him almost every day in my life.

“He had a great wisdom. It came across kind of harsh sometimes, but it has helped me in my life every day.”

Golat was a close friend of Holcombe’s. The two men coached hockey together at the mite level, and Holcombe served as SAHA’s treasurer for many years.

“I can still hear his voice down at the rink,” Golat said. “Just a big, booming voice — the voice everyone could hear.”

Holcombe was a strong supporter of youth hockey in Superior, and the Great Lakes Pond Hockey Classic is part of his legacy.

Six years ago, McCoshen, Holcombe and Bob Zimmerman founded the pond hockey classic as a SAHA fundraiser. The annual tournament has raised about $50,000 since its inception and has developed into a much anticipated event. About 30 teams are signed up to play in this year’s four-on-four classic, which begins today.

The tournament format remains the same as last winter, but the 2010 games feel entirely different for McCoshen. This is his first tournament without Holcombe, and Zimmerman has also taken leave from this year’s event due to family concerns.

In the past, McCoshen, Holcombe and Zimmerman divvied up the tournament’s organizational duties.

Holcombe drew up team brackets and was the official “statistician.” He also supervised the high school hockey players who oversaw the games.

Zimmerman served as the ice king. It was his job to monitor ice conditions, lay out rinks and arrange for the plowing and flooding. On shore, he coordinated the layout of tents and other equipment.

This year, McCoshen found himself without his co-founders, so he did his best to take over their roles.

“I do have some help, but I cannot replace the personal touch and pride that Dave and Bob brought to this event,” McCoshen said.

When he thinks back on past pond hockey tournaments, Golat pictures Holcombe out on the ice with a stogie clenched between his teeth. Holcombe showed up each year dressed in his Carhartts and wearing a stocking cap, which Golat used to joke was knitted by his grandmother.

Everyone could see the pride Holcombe took in the pond hockey games, Golat said, just as he took pride in SAHA and Superior’s hockey tradition as a whole.

“He brought passion, and he loved all the kids that played,” Golat said. “He tried to learn, or maybe he just knew, all the kids’ names.”

Another friend of Holcombe’s who can attest to his character is David Isaacson.

Isaacson and Holcombe were roommates for two year’s when they attended the University of Minnesota Duluth together, and Isaacson served as a pall bearer at Holcombe’s funeral. For about 25 years, they worked together in hockey camps.

One of Isaacson’s favorite memories of Holcombe is the outdoor skating rink the Superior man built near his home.

When Isaacson constructed a rink in his backyard in the Twin Cities, he called Holcombe in Superior to urge him to do the same. Soon after, Holcombe had his own personal rink, and he tinkered with the design each season to refine his little pond until he had it just right.

Then he’d call up Isaacson each year to let him know the ice was almost ready in Superior. Isaacson said Holcombe usually had his rink ready to go a full two weeks before he’d even begun his own preparations in the Twin Cities.

“His outdoor rink was a big pride and joy,” Isaacson said. “He spent a lot of time working on that thing.”

Holcombe’s daughter, JeAnna, and son, Nolan, made good use of the rink. JeAnna is an accomplished figure skater now coaching in Duluth, and Nolan is a member of the Superior High School boys hockey team.

At Monday’s hockey game between the Spartan boys and Duluth East, Isaacson plans to honor Holcombe in his own way. Between the first and second periods, he will skate on stilts and take shots from 10 feet in the air with a 9-foot hockey stick. Isaacson usually shows off his skills as part of a fundraiser, but at Monday’s event, he only asks that those who knew Holcombe honor him with a fond memory and treasure each day as he did.

Holcombe may have put on a tough exterior, Isaacson said, but he was a softie inside.

“He had a big heart in him,” Isaacson said. “He was one of the easiest-going guys. He really enjoyed life to the fullest.”

On the ice at Barker’s Island today, both Holcombe and Zimmerman will be acknowledged during the pond hockey opening ceremonies. When the tournament concludes Sunday and the skates are put away for another year, McCoshen will have a moment to reflect on the weekend’s events, something he used to do with his fellow organizers.

“After each tournament we would debrief and talk about whether or not we should continue,” McCoshen said. “It always came down to, ‘Are we doing the right thing, for the right reason?’ And the answer was always yes. One hundred percent of this effort goes back to kids.”

For Holcombe, there couldn’t be a better legacy.